Brewers wanting to create authentic English-style ales choose Danstar Windsor yeast to bring out the right characteristics from their beer. Windsor ale yeast is a true English strain that produces a beer which is estery to both palate and nose with a slight fresh yeasty flavor. Beers created with Windsor are usually described as full-bodied, fruity English ales.

• Quick start to fermentation, which can be completed in 3 days above 17°C.
• Moderate attenuation, which will leave a relatively high gravity.
• Fermentation rate, fermentation time and degree of attenuation is dependent on inoculation density, yeast handling, fermentation temperature and the nutritional quality of the wort.
• Non-flocculent strain, but some settling can be promoted by cooling and use of fining agents and isinglass.
• The aroma is estery to both palate and nose, and is usually described as a full-bodied, fruity British ale. Does not display malodours when properly handled. Windsor yeast has found great acceptance in producing strong-tasting bitter beer, stout, weizen and hefe weizen.
• Best used at traditional ale temperatures after rehydration in the recommended manner.

NOTICE: Our stores are temporarily closed for walk-in shopping. All orders must be placed on our website. Pick up is available at the Greentree location only. Shipping by UPS is available. Dismiss

Get 2 cases of Green or Clear Wine Bottles FREE with 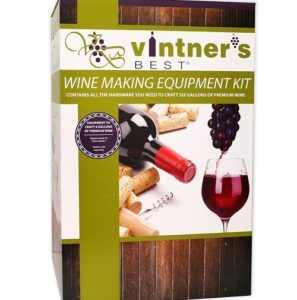